On April 18, 2018 (3 Iyar, 5778), Memorial Day for the Fallen Soldiers of Israel and Victims of Terror, the residents of the Gush Etzion city of Efrat will bow their heads together with all of Am Yisrael in remembering the fallen. Since the city’s founding 35 years ago, Efrat has lost 17 of its sons and daughters in battle or from terrorism. A year ago, a committee, headed by families of the fallen, decided to establish a central commemorative initiative – Path of the Fallen – modeled after similar initiatives in other communities throughout Israel. On this memorial promenade, the city will hold official ceremonies, and throughout the year, students and visitors will have the chance to learn about the fallen and their heroism through interactive media and innovative curriculum offered to the various youth movements and schools in the city and surrounding region. Most importantly, memory will be etched in stone and expressed in the beautification of a special city green space.

My Brother’s Keeper International is partnering with the City of Efrat, The Efrat Foundation and Israel’s Ministry of Defense. We have chosen one of the 17 Efrat residents’ stories to focus on. And we invite you to invest in a beautification and memorial building project that will be a blessing for the 2000 families that live in Efrat.

Avraham David Moses hy”d, a 16 year old, was murdered in a terrorist attack at a yeshiva (religious high school for boys) library in Jerusalem on the night of March 6, 2008. 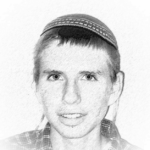 Dov ben Zion, President and co-founder of My Brother’s Keeper International recounts where he was the night Avraham David Moses hy”d and seven other Torah students were murdered in the Mercaz HaRav Massacre in Jerusalem.

“The night of the massacre I was preparing to return to our base in Jabel Mukaber with my Border Police company when an APB came across our jeep’s radio informing all Jerusalem forces a terror attack was in progress near the entrance to the city.

I was the driver for our command jeep that tragic evening. My commander ordered me to turn around and race toward the scene of the crime. It seemed like every 30 seconds dispatch would update all units. We were ordered to return to our sector, set up a check point and inspect every vehicle returning to a Hamas affiliated village in our area of operation and search for collaborators. As the driver, I was responsible for monitoring the radio net and providing security for our deployed team. The news kept getting worse, and each of us in the jeep tried to manage our adrenaline dump and growing fears.

As midnight approached and our team was relieved, we all returned to our base overlooking the village where the terrorist planned the brutal attack and went straight into our small caravan synagogue to pray or just sit in silence. We heard the final numbers and were heartbroken.”

MBKI staff have met with Avraham’s parents who live in Efrat and the neighboring village of Tekoa. The strength of both surviving parents Rivkah and Naftali were incredible and inspiring.

Of her dearly departed son, Avraham’s mother, Rivkah, wrote: “…There are things I learned only by watching you…Please be an advocate for good in order to bring us closer to God at times like these, because your whole life up to and including your death, were and are a sanctification of God’s name. Thank you for being my son. I love you.” 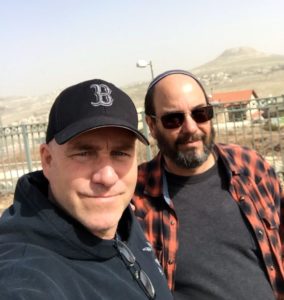 Avraham’s father, Naftali, wrote: “…So many pictures of his face are etched in my memory…to remember him is to love him anew and to lose him again. The memories do not tell the whole story, but they contain an unexplainable sweetness. We will not see his face again in this world, but we will remember him every day.”

PROJECT DESCRIPTION
The memorial promenade sits upon a picturesque forested ridge adjacent to the city’s youth center with a commanding and breathtaking view of the surrounding area.

A stone monument at the entrance to the promenade will be inscribed with the words: Path of the Fallen will greet families and visitors. Along the promenade there will be 17 interactive stations, one for each of the fallen, with their photograph, a verse from the Bible chosen by their family, the story of their lives and scanning device to connect to a more in-depth biography on the internet. 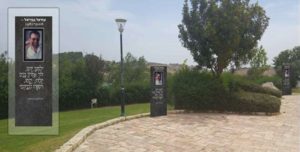 At the end of the promenade an observatory with a map of the area will provide families and visitors a space to sit and reflect and examine the surrounding area. 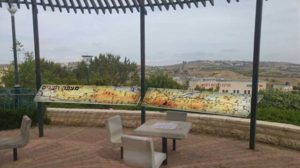 Across from the observatory there will be an Everlasting Light or Nir Tamid that will illuminate the area at the end of the promenade during official ceremonies surrounded by the flags of Israel and Efrat.